Android is basically a well-known operating system which has been incorporated into mobile phones. This particular application came into visibility with a notion to. Serve touch screen mobiles only. According to the statistics from 2011, it has served as one of the most sought-after application and by 2017 it has bagged to have more than two billion users who actively use Android. In this context, you cannot miss out the name of Android games. Therefore, here will discuss on why should developers choose android and what are the procedures the developers use to create android games app.

Why developers choose Android as the gaming app?

Suppose a developer had already learn a programming language like Java and therefore he can purposely use this to develop any gaming application on the Android operating system. But in the case of other platforms, you cannot use Java instead you have to learn their own dedicated language.

The best thing about the Android application is that you can use this for any kind of platforms like Windows or Linux. While there are applications which are designed for specific platforms only.

This is a newly developed studio which is efficiently smart used to carry out any type of Android projects. This studio has pre-built tool plugins for the developers. In addition to that, it has all other features like the live editor, a technique to get the view of any layout on different screens. Moreover, the studio has lint based tools which offer superb performance, usability, and compatibility of versions. Not only that it helps to integrate with platforms like Google.

Well, developers will unambiguously give a nod to this application because it’s not pocket pinching at all. Suppose an android game developer developed a game and wants to upload that on the platforms like Google play store. But such kind of development on other platforms will really put a strain in your pocket as the approval cycle for the development is tough and takes too long.

As per statistical records, the market share of android was huge. In fact, started from 2014 till 2017 it has made huge success by reaching potential users. Therefore you can consider that working with Android will definitely give you success. Now you have come to know that the above said are the main reasons that motivate android developers to resort to this application. 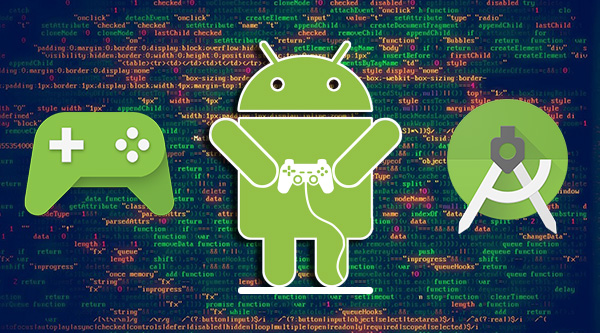 Considering today’s age Android is one of the most congenial applications that has compelled near about one billion devices like smartphones and tablets to incorporate them.

The first thing that you possibly have to do is selecting the right game genre. For that comprehending the present craze and the popularity has to be considered. In this context, a deep notice has to be given to the acceptance level of the player like what motivates them to play and so on. So far the puzzle games have offered favorable outcome.

Honestly, you can of proceed on developing the game without a potential game storyline. You need to create a story outline which will direct the development of the game. For example, you want to create a space where helicopters will chase good and bad. But the bad would be killed while the good ones would be spared. Therefore like this, you have to create the story.

Then your next step should be to create the game rules. This will need your precise thinking and will serve as a clear guidance for the players.

Once you are done doing the above things, now it’s time to invest your quality time on development and coding. As you about the list of tools, possibly you will come an across multiple ones like the Unity 3 D, Corona, HTML 5, Unreal, Xamarin. But according to the developing experts, it is better to use any kind of gaming studios where you can develop the android games after going through immense experimentation. In fact, now developers are much more serious about the development platform because now the android games are basically ranked as per the performance they offer. Therefore to guide you properly the developers suggest using the Android studio only.

Definitely, to establish the characters in your game you need to create the images and for that, you can either draw yourself with the help of adobe Photoshop. Else you can simply download the images and do incorporate them as and where necessary to do.

The next step involves developing the mobile game development view and that you can actually do with the help of a tool called surface view. With the help of this surface view, you can get a new drawing area. Therefore you have to create the game view area where you can go on creating the new games.

The next thing you can do is just add the game view to the Game activity area by means of code available on the game activity.java. After that create a new section of player then draw those players to the game player activity area.

Lastly, you have to add the control button and then you have to set the background as well. And eventually include the rest of your characters.

Thus the above said gives you a quick guide to develop android mobile games.

0
0
All you need to know about Professional Game Development and the Software Related to it...