How Cloud Can Transform Your Business? 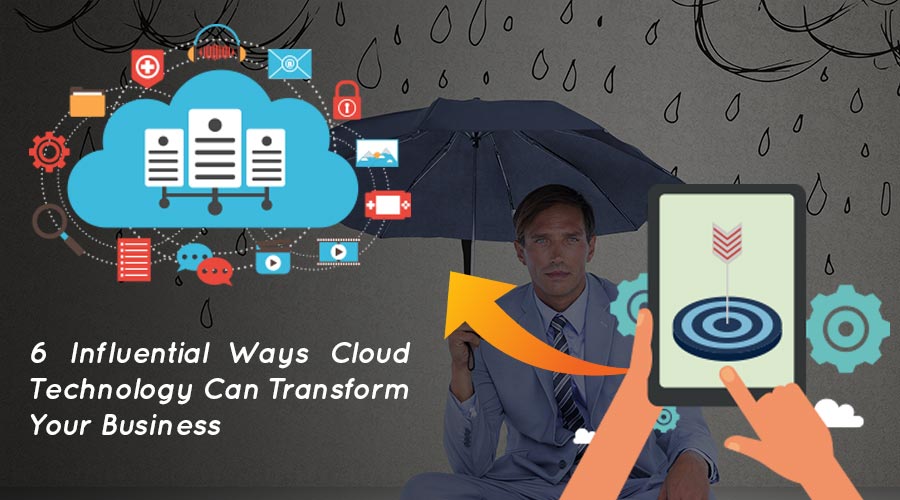 There has been a rapid transformation in the operation of thousands of businesses, thanks to cloud technology. Businesses can now operate faster and more efficiently than ever before. By offering incredible computing power for businesses of all size with the increasing availability of data, the cloud continues to extend its reach and popularity. Today the cloud is everywhere, in mobile app development, including iOS and Android app development, game development and other most sought-after tech services.

Being a multi-faceted futuristic technology, the cloud is helping businesses meet the challenges of global competition and dynamic markets. Below are the transformational benefits that your business can harness from the cloud:

There was a time when only large organizations could have a full-service IT department with the required hardware and human resource. But the game changer cloud eliminated the obstacles that SMEs were facing, by furnishing them with powerful applications and unlimited computing power. This not just made them agile, even globally competitive. On the other hand, the cloud helped large organizations replace the complete or some extent of IT operations with cloud services, making the operations agile and meeting varying levels of demand. As a cloud effect, today most of the enterprises have eliminated the need of IT equipment in place and became focused only for their IT resources.

As a result of eliminating their IT departments, the companies are seeing significant savings over traditional methods where IT payroll and equipment were hardly charged. Though the maintenance was free for some extent, the software updates and other services were heavily charged companies in traditional method. But the cloud eliminates that amazingly. Service providers maintain and update their software regularly on their own. Also, you don’t need to pay for on-site computer technicians, as cloud-based applications run independently and store data in the cloud without a need of system hardware.

In the past, the lack of hard drive space on workstations and servers was a common concern for most of the IT personnel. But today the cloud removed the barrier of limited space, by providing an unlimited storage and server capacity. This allowed an unprecedented operational continuity for businesses.

Gone are the days when you had to take the backup of data you produce every day worrying about abruptly occurring issues in computer hardware. Though, there was a probability of losing critical business data. Now with the cloud applications, there has almost been said good bye for such inconveniences. Cloud services are playing a crucial role in data security, eliminating the need of devices for storage. Encrypted data connections and secure logins make it cumbersome for hackers and snoops to steal the data.

The robust and redundant systems implemented by cloud service providers avoids any data loss occurring due to hardware failure. They make use of economies of scale to implement advanced security strategies, which considerably increases the survivability of your data even after being hit by attack or network issue.

As the cloud is omnipresent, the customer servicing has become better than ever. The cloud enables customer support team to serve customers from anywhere of the world through chat and VoIP conversations, with access to the updated status of customer queries, thanks to the cloud technology. It helps to avoid quickly resolve issues before they become big. As a result of it, your customer loyalty would see a solid surge in it.

On the other hand, the cloud provides customers with advanced serf-service facilities which let them process their own existing requests and technical support issues. The cloud’s ability to accumulate and organize data eliminates the need of human resource to do the same job.

Undoubtedly the cloud is one of the biggest contributors for the growing telecommuting trend, which is filling the gap between office and home for employees considerably. As a result, employees are enjoying a greater balance between their job and personal life. Such employees deliver a greater productivity compared to office-only employees. As cloud-based applications can be used from any web browser or directly from smartphone, employees can do the required tasks from any device, including computer and mobile.

The cloud technology possesses all the required capabilities to transform your business operations that helps you meet business challenges in both local and global arena, minimizing the expenses spent on technology and human resources. On the other hand, it helps your employees be more productive and efficient. Flexibility in work, double-fold security for data, and unprecedented customer service excellence are other transformational benefits that your business can harness from cloud technology. But, without a proper guidance or help of expert cloud service providers, it is difficult for any organization to implement cloud. So it should be your intelligence to choose the right cloud partner.

Please reach us at info@fugenx.com or fill up the form.

0
1
There is no doubt that technology is evolving at break-neck speeds. As a result, businesses...

January 8, 2021
Posted by : fugenx
0
0
Before, getting into the various applications of chatbots in various industries, firstly let us know...