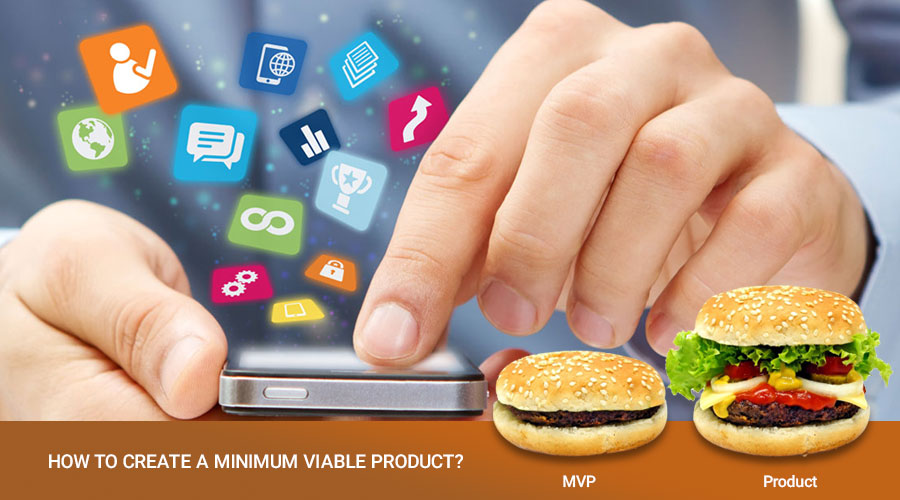 Minimum Viable Product (MVP) is a core feature crafted for the product that is adequate to test the product with the end users, to understand its viability, market opportunity and user adoption. In app development, MVP is considered as a metric to foresee app’s accomplishment, and opportunity to add correlated features to the app. If you’re in the dynamite of creating a mobile app, you need a well-defined MVP that powers up to twig potential users and attract investors.

You will streamline your idea and craft some personas, but which to implement first? Good decision is emphasizing on cracking a problem for prominent persona first.

MVP doesn’t need a bundle of things to implement. If you try to integrate multiple personas into your MVP, MVP could be MNP (Maximum Nonviable Product) or baffling product. The purpose of an MVP is to curtail risk by valuating your assumptions with minimal investment. Reach the market quickly with MVP so that you can begin to learn with the real users. If you try to come across too many users, you might face adjournment rather being swift.

Take Uber as a real example. They first focused on an exclusive user persona, a city commuter. Over the time, they started focusing on secondary personas, such as grouped commuters (UberXL), ride sharing (fare sharing) and price-cognizant commuters (UberPool). Rather than trying to cover mass, Uber focused on specific target first, tested with them, understood correlated needs and rolled out it over the time.

A solid MVP impeccably presents itself with only core features. While thinking about the features, think ‘does the user need this feature as a solution to their problem’ or do we need it to differentiate us from rivalries. Core features are features that the product can’t exist without, while non core features try to compel users with extravaganza, such as scintillating design elements.

Again Uber is the dynamic example we take here. Uber allows users to provide their exact location to be picked up, which forms as a core feature, while the option to see the photo of the driver stands out as a non-core feature. These are standout features, no doubt, but not essential to blend into the core features. Bring it on the floor over the time when the core features get geared up. Uber did the same, which brought features like real-time ride tracking, and automatic credit card payments over the time. Focus on what is essential to start testing and validating your product.

When you’re humble of some non-core features that you feel it differentiate you from your rivalries, bring it on the floor in the form of ‘coming soon’ tag or button. For example, if you don’t want to integrate wallet payment now, symbolize it with a button possessing ‘coming soon’ banner on click or hover. Avoid investing in features that are not utmost of importance now and don’t add much value.

As told above, try to craft minimum viable product that can bring maximum value. Continually iterate the personas that encompass multiple features, to bring out Maximum Viable Features (MVFs). Release it among your targeted customers and accumulate their opinion and iterate until it becomes a fine quality validated product. The step at which you’re ready to launch Minimum Viable Product is called Minimum Marketable Product (MMP).

Market research, user analysis, and being minimum in features are the three critical components that formulate the perfect Minimum Viable Product (MVP). When you have an experienced expert mobile app development team, the path will be much easier. Let yourself focus on it.

Reach us at info@fugenx.com or fill up the form. We are a three time Deloitte award-winning iOS and Android app development company in India and USA, crafting supreme quality mobile apps with well-defined MVPs.