How to Make a Mobile Game App

How to make a Mobile Game App

It is a common image these days that people from a kid to elderly spend a significant portion of their time on tapping the smart phones. You might be wondering what they actually do is it texting or simply browsing for any information. Honestly they have dedicated the activity to the popular games available on mobiles. Well what are mobile games? These are games which are visually perceived letting the player get the real feeling of fun and excitement.  Well in this context you have to know that the first mobile phone game known as tetris came to limelight in the year 1994. Other than that the famous Snake mobile game launched by avante Garde Company really took the gaming world by storm. However today the essay will follow a narrative notes on mobile phone games, benefits and how does one create it.

Why do people take interest in playing games on smart phones?

The best thing that you would love to have from the mobile gaming is that it uplifts mood. Suppose you are playing something and you somehow cracked that difficult phase definitely it gives a positive feeling that you had accomplished perfectly.

The next big thing that you can possibly get from mobile games is that it helps to increase your focus. Well, the moment you start playing the game is programmed in such a way that crossing each level makes you deeply engrossed in that. Certainly, you not only get the zeal of reaching the end level but somewhere your concentration level also gets increased as well.

Apart from the previous two, you will also notice that playing mobile games to a great extent nurtures your brain cell. Certain kind of games which makes you use both your eyes and Intelligence to locate items at different levels without any doubt enhances your overall brain power. For example games like bingo helps to accentuate the capacity of your memory. Not only even playing cards also do the same indeed. This is because this type of game actually makes the ultimate use of your brain.

As you enter the world of mobile games you will eventually come to know that there are games which actually require group participation. In that case,, you can form a group and chat with unknown people who are also showing interest in the similar game.

Therefore these are the few reasons that make mobile game app so popular among the users. Now will take out time to see how these apps are programmed for the sake of the avid players.

How the developers create the mobile game apps

In order to start off with the gaming app you need to prepare a checklist. And here goes that.

The first thing that you have to consider prior starting off the gaming app is the type of game you want to develop. Now this will depend on the category you want to captivate. For example your game can be for teenagers or strategy games for elders.

Try to get a detailed knowledge on the development of mobile phone games. In fact read different types of books to get the precise idea. Even you can consult with experts or you can take part in forums where discussions are made on gaming apps.

Honestly designing the game is quite intricate as you have to consider the story, the characters involved and how it will contribute to the flow of the story and e eventually forming the climax. You should know that the game designing can create a  great differentiation between the game launched by you and the rivals.

Thus when it is about designing you can choose anything like simple game design or three dimensional ones with comic characters. In addition to these, you need to make sure that the weight of the game design should be kept to the least otherwise it can leave an effect on the performance of the game.

Well this particular kind is the principle tool that you will require.  Now you have to install the engine right on to your computer so that you can experiment with different kinds of games from easiest to toughest ones. Therefore there are few features which you have to follow seriously while choosing the game engine. Well you can have anything like green salad, or the UDK or the Unity. 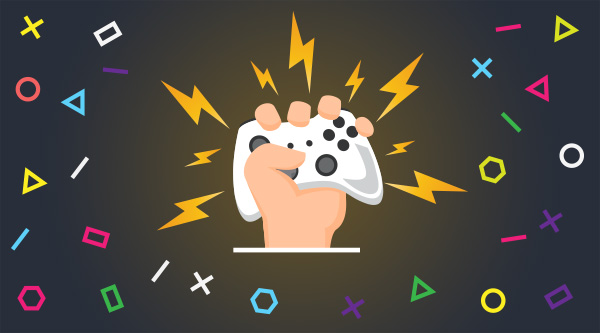 These days prolific mobile apps offer you readymade templates where things are already tuned which means you cannot tweak the name, music or backdrop. Moreover you cannot change the mechanism used for gaming as well.

Indeed this method works best for the new learners. This is because it has pre set behaviours which you have to incorporate in your gaming list. For example you created a two dimensional square and a pattern which says that as you click that on the screen the square will start moving.

Having a grasp on the language is inarguably vital. However you can use J2ME initially or you can also resort to C as well. Well if you choose to for the J2ME then defi definitely it’s a good decision as its contribution to develop mobile games are immense. On the other hand, C is precisely an object based programming language. Well whichever you choose in any condition you have to read the rules and their application at length.

By now you have a clear perception regarding the game type and design. Now brief is required on the gaming technology that you should follow. Honestly you have to select anything between HTML 5, Native and hybrid. Well the former one HTML 5 follows a ready to use approach. While the hybrid one uses both HtML 5 and the Native. And this particular technology is apt for applying on any gaming platform. Lastly the native technology stands for ing the particular code suitable for certain application like swift which is used for iOS and the java used for Android.

Next you will see that you need adequate money to conduct the gaming application. But for that you have to consider everything from the cost of smart phone to the developer fees.

Thus the above mentioned gives you an idea on how to develop mobile game app.