What is Pokemon Go and How to Play It? 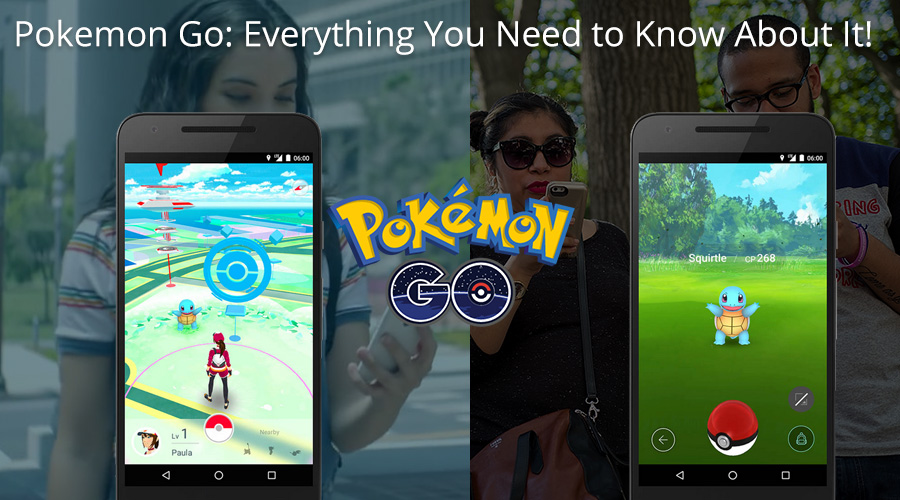 Pokémon GO is now the biggest mobile game in U.S. history. The game has reached top position of app downloads in US, Australia, and New Zealand. Investor of the game, Nintendo company’s share price rose 24.52 percent, which added $7.5 billion to the firm’s market value. By hearing all this, you might be excited to know what is Pokemon Go and why it is so popular. Let’s explore the world of trending Pokemon Go.

Pokemon are a set of 729 fictional creatures, which humans (Pokemon Trainers means gamers) train to battle each other.

How to play Pokemon Go? 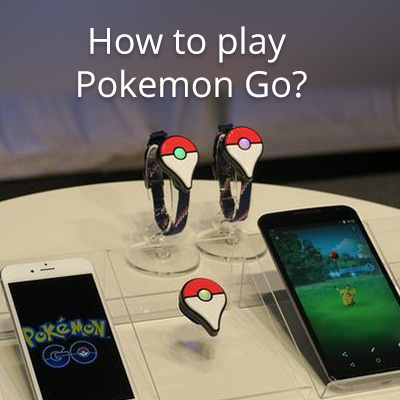 The game uses your phone’s GPS for your real-world location and Augmented Reality technology to bring up Pokémon characters on your screen. Augmented Reality overlays Pokémon on top of what you see in front of you. And you means Pokemon Trainer go to catch Pokémon and once catching, you will train them to battle each other. You can customize Your Character with clothing and other elements.

What you need to play Pokemon Go?

GPS, which obviously every smartphone has, and cellular or Wi-Fi data. Some sources said that the game takes up from 2 megabytes to 8 megabytes of data per hour, depending on what you’re doing. But it is not expensive even for average user. Pokémon can really suck your phone battery. So you should be bit worry about battery usage. The game has its own “battery saver” mode and even you can turn on battery saving mode in the device.

Pokemon Go is available on Android and iOS platforms. This location-based augmented reality mobile game was first launched on July 2016 in United States, Australia and New Zealand. Due to server strain from high demand upon release, the launch was postponed to July 13 in Germany, July 14 UK and July 16 in remaining most of the European countries. Japan was the first country to receive Pokemon Go in Asia in July 24, but other countries in the Asiatic region, especially India have yet to see a release date.

Why Pokemon Go is so popular?

With the Pokemon Go, you can travel between the real world and the virtual world of Pokémon. You’ll discover Pokémon in a whole new world. The game allows you to find and catch more than a hundred species of Pokémon as you discover your surroundings. When you’re near a Pokémon, your smartphone will vibrate to let you know about it. You can instantly catch them and train to fight each other. Cool music composed by GAME FREAK’s Junichi Masuda can enthral you throughout the game.

This Unity game is developed by Niantic, and Pokémon Company together, invested by Nintendo. Niantic is an augmented reality game maker spun off from Google in October 2015. Pokémon Company is a Japanese company that is responsible for marketing and licensing the Pokémon franchise.

If yes, you’ve taken a right decision. Let us help you do it successfully. We at FuGenX Technologies are a Deloitte award-winning mobile game development company in India and USA. We develop games that encourage people to play again and again. We develop world-class Unity games for iOS, Android, PC and Web platforms.

Reach us at info@fugenx.com or fill up the form to develop your dream game.