Present and Future of Mobile Application Development In India

Mobile Application Development is the future of Software Development according to Google’s Eric Schmidt.

People using smart-phones are demanding for better applications and want to update existing ones, which in turn created a huge scope for Android application development in India.

Nowadays Android has become very popular as it is an open-source, Linux-based operating system, mainly designed by Google for smart-phones and tablets. It is designed in such a way that allows the developers and device manufacturers to alter the software design according to their needs. 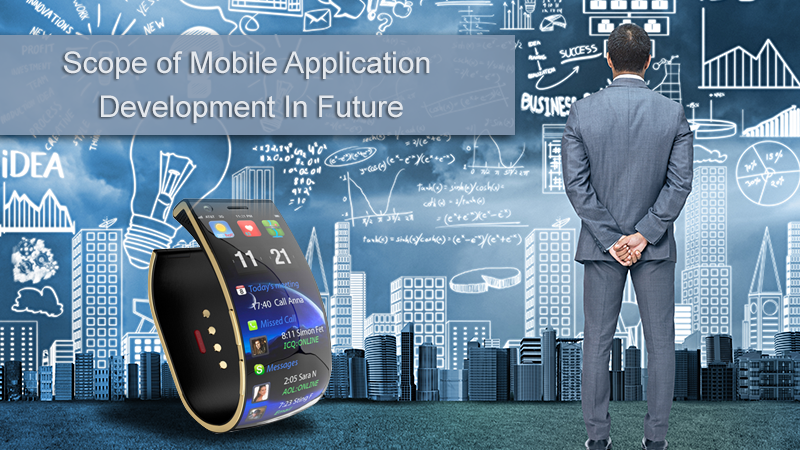 Many mobile apps development industries are considering Android Application Development as one of the best business opportunities, for this they need to hire well-versed mobile application developers. This adds a big sign of scope for mobile app development in future.

In the current job market of mobile application development, the need for inventive App developers is huge and still increasing. Android Apps development can also be taken up as a part time job. You can create your own applications at home and submit it to the Google Play store which can be downloaded by smart-phone users. But if it is for business purpose, collaborating with professional app developers will yield a better result.

Android Programming language is very easy to learn and also app development is cost effective, which put Android into extraordinary use. Developers can develop apps in different ways as per their need and wish.

India is a big IT hub for several globally recognized companies. Reasons for this are that software development and service in India is highly cost effective. Before Android, the market of mobile app development industry was dominated by Symbian and iOS. Then Android came with the option for dynamic application development at lower cost which rapidly increased the popularity of Android in India. People willing to use smart-phone have a new option as Android which is cheaper than other smart-phones.

Mobile companies like Samsung and HTC phones use Android OS in their product which has taken over the mobile phone reign in India. Also the cell phone models they introduce have variations in their Android OS. This has created a competition of developing best Apps, which ultimately benefits smart-phone users. Due to huge market of smart-phone users, not only Samsung and HTC, many other mobile manufacture companies have come into market of making smart-phone.

You can reach FuGenX Technologies at info@fugenx.com for world-class Android app development services in India.