Security Testing: Your Application Needs it Terrifically, Why? 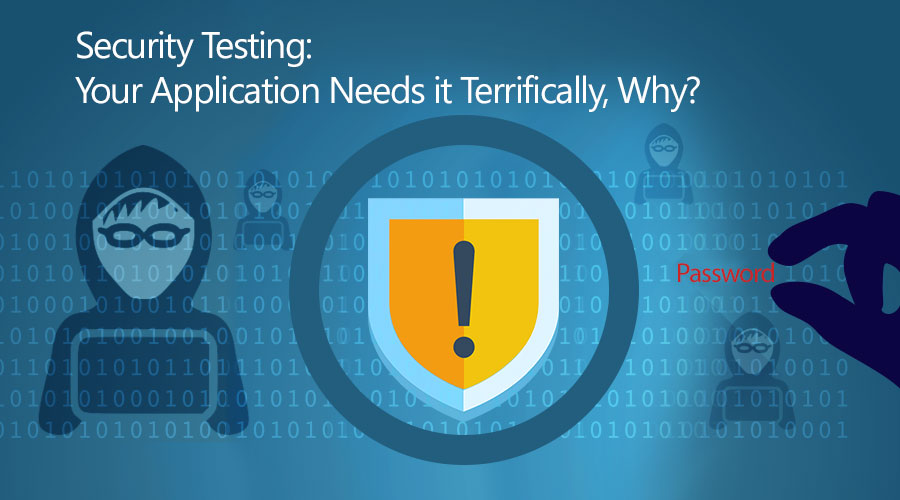 We feel the recent announcement of Yahoo about security breach of its users accounts in August 2013 is the most terrible security breach the internet world has ever seen. Around 1 billion accounts were affected, which was 100% increase from the security breach that Yahoo itself had faced in September 2014. Since 2013, Yahoo has been in news mostly for disasters, expect its buy by Verizon announced in July 2016.

These hackings allowed hackers to steal information like names, email addresses, telephone numbers, encrypted or unencrypted security questions and answers, dates of birth, and encrypted passwords. According to security experts, these info may be used by hackers as a gateway to steal more sensitive info. So it is the time the enterprises should strongly be against the red alert to be at the safer side of the internet world. It is responsibility of both asset owners and service providers like mobile app development companies or web app development companies to make sure their product is shielded against all possible attacks.

What makes data to be stolen?

If we take Yahoo as an example, 1 billion accounts’ data was unencrypted. The lack of essential security mechanisms and flaws in the existing security systems made the things even easier for hackers.

Why is security testing crucial?

Today web network is more complex and extensive than ever before. So security is crucial for all areas of the computer and internet world. The key objective behind the utmost security measures the companies need take is to ensure that the organization data, including users’ as well as operations’ data, are accessed in an authorized manner, not by any unauthorized or deceiving manner.

Does your app pass through the following parameters? 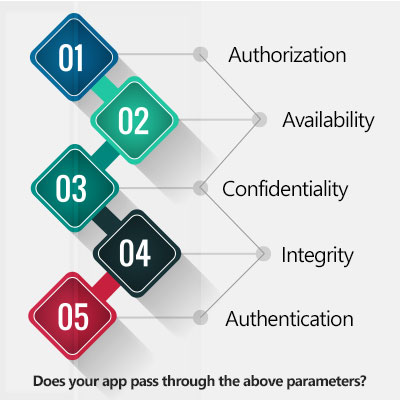 Authentication – confirms user identity, and product and programs’ authenticity
Confidentiality – ensures revealing the information to only authorized users
Authorization – Checks the user who is trying to get access is authorized user or not
Integrity – protection against manipulation/modification under all circumstances.
Availability – checks the availability of information for the authorized user

How is testing performed?

The testing process is performed under controlled environment, by testing professionals, to identify probable loopholes that attackers can use as a gateway to gain unauthorized access to application. A commonly used testing approach, penetration testing, is performed once the app is ready.

Did your app adhere to these common approaches and techniques of security testing?

Access to application – it is done through roles and rights management

Security testing is vital for any application to be done, as that is required to avoid possible damages in multiple parameters of the application. Both web assets, websites and web applications, as well as mobile applications are victims of hacking now a days in all areas of the internet world. In case if the app or website is affected, it affects overall operations of the enterprise.

Let us know. Let us help you. We are a Deloitte award-winning global technology services company, specialized in iOS and Android app development and testing.

Get free quote first, great service next. Reach us at info@fugenx.com or fill up the form now.