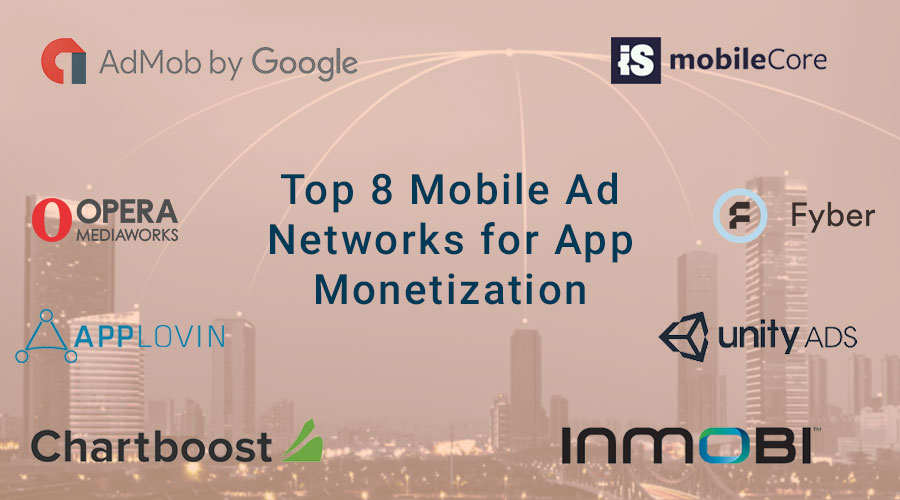 You bring out a million dollar app idea, hire a good mobile app development company and get the app developed within 6 months or well before that. But if your effort doesn’t result in revenue generation, your whole effort could be a futile exercise. So this is where you need a right app monetization strategy.

App monetization is requisite for any app to survive that doesn’t sell any products and services.

Just see at the game 8 Ball Pool, which makes more than $246K from ads itself in a month on iOS. The dating app Tinder makes $46K from ads in a month on Android, which is relatively lesser compared to on iOS, but stills forms a major part of Tinder’s total revenue.

Here, I am providing you insights on 8 best mobile ad networks that are perfectly suited for your app monetization and eventually help in boosting your business revenue.

By choosing Chartboost, you can exchange traffic with other devices that integrated Chartboost in their games.

Mobile Core is an advanced ad campaign manager, which stands out from other platforms from its unique features such as campaign type support, creative assets management, advanced reporting, and multiple ad-units.

InMobi stands unique compared to other popular mobile ad platforms. It allows advertisers to reach more than 1.5 billion mobile users. InMobi creates a discovery zone within apps where ads are curated and allows the users interact with the ads, so that can finally standout as tailored and result-driven ads. InMobi lets you launch ad campaigns, remarketing campaigns, user acquisition campaigns, as well as brand engagement campaigns.

Hope you got a big list of popular ad networks. Moreover, it is important to make your app compatible with different ad formats, so you can better monetize your app. When you have an experienced Android or iOS app development company, you can have this advantage for a large extent.

Feel free to reach us at info@fugenx.com or fill up the form for world-class app development services.