Why Apple Has Banned Hundreds of iPhone Apps Recently?

A recent example to this is Apple’s instant action over hundreds of apps in the iTunes App Store that secretly accessed personal information of users who downloaded them.

There were around 256 apps banned, in which most were made in China. As those apps were available worldwide, they achieved around 1 million downloads, according to Source DNA, an app analytics service firm, which first detected this problem. 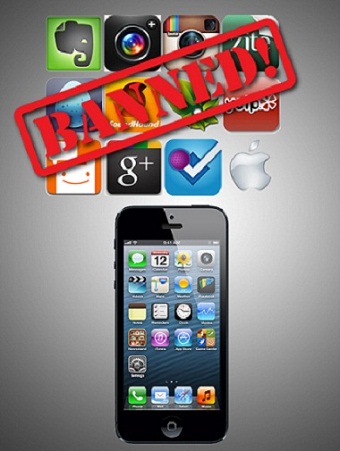 According to the Source DNA report, the punished apps used a software development kit (SDK) that was provided by Youmi, a Chinese advertising company. That SDK allowed the developers to place ads in their apps, which was legitimate. But, Youmi’s SDK collected information about the app users, including their email addresses, iPhone serial numbers and list of apps installed on their phone. All this information was sent to Youmi’s servers.

Youmi designed that SDK in such a way that not to be suspected by neither app developers nor gatekeepers at Apple’s iTunes App Store.

What Was Apple’s Action (Reaction)?

Source DNA did not reveal which apps were punished. The company sent a report to Apple on Sunday (18th Oct, 2015), and Apple took action on Monday (19th Oct, 2015). Apple said “the punished apps infringed our security and privacy guidelines”. In addition to banning those apps, Apple stated that any recently submitted apps, and the apps that will be submitted using Youmi’s software, will be rejected.

As the affected apps’ names have not been revealed yet, those who already downloaded the apps,will continue using those apps, but they can’t update them. As it seems to be Youmi’s fraudulent (not app developers’), Apple decided to work with the app developers to update their affected apps, ensuring they are safe for users.

Is This Type of Instance First In Apple’s History?

How I Should Be Careful When Developing App?

Whether it is a developers’ fault or software providers’ fault, the suffering party will be app owner. So, be careful when developing mobile apps for your business. Otherwise, your app could fall into serious trouble, and your whole app development effort could be wasted.

Give preference for choosing only experienced app developers, especially who have a great understanding of App Stores and its guidelines, whether it is Android or iOS.

We are FuGenX Technologies, a trustworthy mobile app development company in USA and India. We are believed by hundreds of businesses across the world, from startups to Fortune 500 companies, including Vodafone, Panasonic and Big Basket. We are a global team of certified app designers and developers. We only use verified software and programming tools to develop secure and superior quality mobile applications. Most importantly, we understand how important your money and time is.

For more info on app stores guidelines, and our trustworthy mobile app development services, reach us at info@fugenx.com.