Home › Our Blog › Blog › Everything You Need to Know About Opportunities Created by AR for Your Business
Blog
April 17, 2020
Posted by : fugenx
Comments: 1
Likes: 0 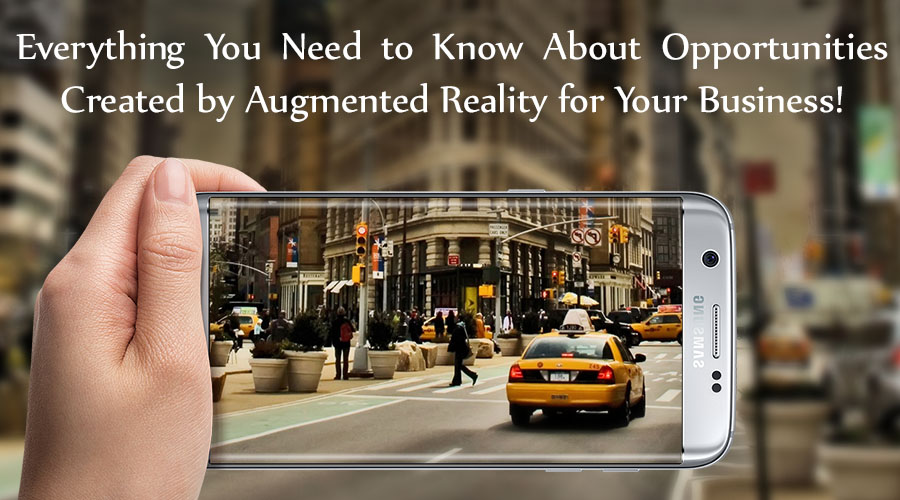 The world of mobile technology is moving at lightning speed. If you’re into a technology-centric business, it is your necessity to be up-to-date with the evolving tech trends. Augmented Reality is a latest addition to the bunch of trending technologies that is creating boundless opportunities for all sorts of businesses to better engage customers and improve business performance.

In definition, Augmented Reality (AR) is a visual technology which allows to overlay digital data on the top of real world objects. In better words, Augmented Reality is the integration of digital information with live video, image, or the user’s environment in real time. Basically, AR takes an existing image and merges new information into it. AR enriches the view of the real world using digital technologies such as videos and 3D models. AR is already changing the way how businesses such as retail, travel and fashion are engaging their customers. Augmented Reality makes use of existing technologies such as in-built camera and video capability which is used to better showcase the pictures or any visuals to the users.

Recommended to read: Things to Consider Before Developing an Augmented Reality 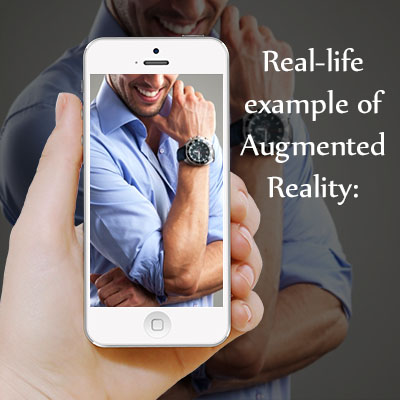 If you’re selling watches online, you can allow customers to try the watches through mobile app by pointing the mobile on their wrist. This allows him to feel the same experience that he can feel trying a real watch.

Location-based augmented reality apps make use of the unique capabilities of mobile devices to track the position of each user’s device. With this capability, AR apps provides contextual data based upon the specific location of an individual device. Marketers can utilize such AR apps to provide location sensitive functionality which could be help with directions in a particular city, understanding constellation patterns in the night sky and locating a vehicle in a busy car park.

Marker-based AR apps work by enabling the software to identify particular patterns such as QR code or brand logo. This is possible when it is used in combination with a smartphone or any other compatible device camera to overlay digital information over the real-world environment. This means when the user points his smartphone at a particular object or setting, he will be able to see a virtual UI on top of the object. If the image is either animated or 3D, he will be able to see the digital overlay sitting on top of the recognized pattern.

Things to Consider Before Developing an Augmented Reality App

If you’re planning an augmented reality app development, there are many things that you need to consider before. First, let’s look towards imagery. The imagery you will use in AR should look realistic and be believable from the users perspective. And it should be correctly aligned with the real-world environment. The failure of creating a realistic UI/UX affects the AR app, making the users difficult to understand and use the app. So keeping it simple and intuitive is crucial for AR success.

The future of Augmented Reality is wide and its greater benefits are expected to be reaped by education and retail industries. When it comes to education, AR apps offer the opportunity to support location based learning practices by layering data over real-world objects. Some already prevalent AR apps are enabling users to translate text information into different languages. Advancement in this could enable people learn new languages faster. From commercial setting to museums and theme parks and from astronomy to fashion, AR has made a significant impact. The man behind Kinect motion-tracking accessories for Xbox video game consoles, Alex Kipman says I am talking about freeing ourselves from the two-dimensional confines of traditional computing. This is what says how AR and associated technologies are going to make a significant impact in the business world.

Building apps for augmented reality can bring you huge benefits and enable your business to better engage new and existing customers while opening lucrative new revenue streams. So focus your head to think why you’re building a VR app, key measures of success and about financial requirements and app development partner.

If you’re a business thinking to build an augmented reality app, please contact FuGenX at info@fugenx.com or fill up the form to kick-start your project.