There are so many questions associated with Laravel, like is it potent enough for handling big projects? The answer depends on various factors, just like defining an enterprise app depends on lines of codes, dependencies, security levels, traffic and such.

Most will think that it depends on the number of classes, i.e., big enterprise web applications are those who has got more number of lines of code. The scope of these big enterprise apps is a boarder and depends on the attributes mentioned above. For knowing it clear about what Laravel can offer and what possibilities are expected from it, let’s dive into the following write up.

Laravel is a free, open-source framework, which is used across the world to create web enterprise applications ranging from small to large projects. Taylor Ottwell re-created Laravel framework in 2011 and since then, and since then he has developed it a lot and is compatible with the latest web technologies. Laravel is an expert application developer’s choice as a result of its features, adaptability, and performance.

This PHP framework follows the Model View Controller (MVC) architecture that makes learning and rapid prototyping web apps. With Laravel’s elegant syntax, you can write expressive and simple code. By giving implicit highlights, such as validation, routing, email, sessions, Laravel takes pains out of enterprise web app development. Laravel is very easy to customize; you can create your own Laravel open-source projects architecture to satisfy the needs of your web application.

Why Laravel for Enterprise App building?

With the help of Laravel, a lot many numbers say in particular hundreds of millions of page views sites are running, for instance, Alexa 500, multiple Fortune 500 companies. Even video game sites like Fallout4 run on Laravel.

Keep Reading to know the

Features of Laravel which is making it Perfect for Big Apps:

With the help of Laravel, Time-consuming task can be postponed for a time later. Laravel queues are known to provide a unified API across various queue back ends and relational database.

Events: It offers a simple observer implementation for knowing and subscribing the event they are occurring in the app.

This serves for performing dependency injection and for managing class dependencies. 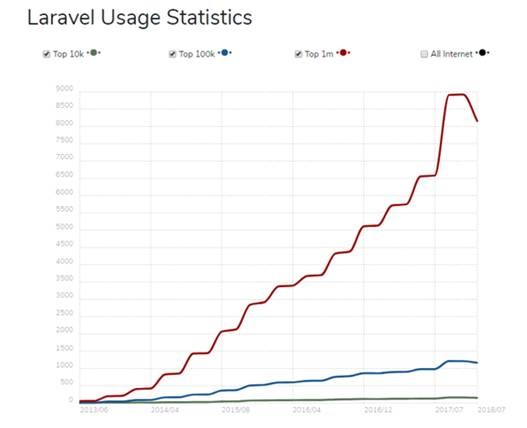 With the help of a command line, Laravel development service interacts with the framework for creating the Laravel project environment and to handle it. Artisan refers to a built-in tool for the command line. With the help of this tool, various tedious and repetitive programming tasks which most of the developers avoid performing them manually can be done.

ii) Migration for the Database:

Laravel Migration assistance helps in extending the structure of the database without recreating it every time when any changes are made. The developmental data is secured without any loss with the help of this.

The security of the app, especially enterprise application can be enhanced with it is developed using Laravel. Security enhancement is possible by using the hashed and salted password. As Laravel will not save the password as a plain text in its database, you can be sure of the security of the app.

Laravel framework is big, with more than 20 different libraries. These libraries are further divided into individual libraries and follow modern PHP principles making the Laravel development more responsive and modular and handy.

PHP framework Laravel will give range of other pre-installed libraries and object-oriented libraries that cannot be available in any framework. One of the finest libraries is an Authentication library which is very simple and feasible to implement Laravel open source projects.

While hiring the Laravel developing professional in India, you have to know that his fascination is just due to the ease of unit testing. Laravel developer run many tests to ensure the new changes they’ve made don’t break anything in the application.

Laravel has stable discharges as application developers are also aware of their failures too. Furthermore, this will make it simple to compose custom unit tests for their own application coding. 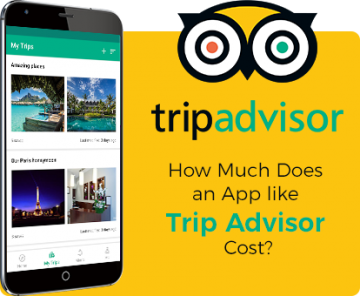 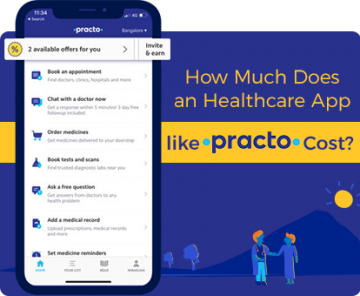 I hope the above blog help you get an idea about how Laravel can be used for big enterprise business applications. The Future of Laravel is going to be very demanding. So, if you are looking for Laravel apps development then check with configuration, cache, route: cache and composer dump-auto load optimizer.

FuGenX has an expert team of app developers who are ready to fulfill your dream project.

July 14, 2021
Posted by : fugenx
1
0
Node.js VS Python: Which Backend Technology Should You Choose? combination of supportive front-end and back-end...

Node.js VS Python: Which Backend Technology Should You Choose?

May 27, 2021
Posted by : fugenx
0
1
The vast existence of new mobile applications is becoming very common these days, every day...

How To Outsource App Development in 2021 [Cost +Benefits+ Approximate Budget]