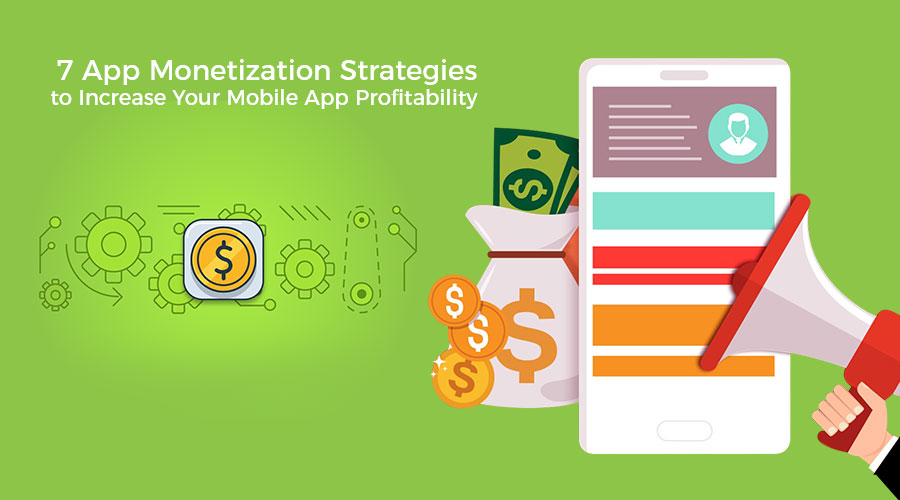 “This guide is going to give you everything you need to know about the app monetization.”

Mobiles are one of the most penetrated technical tools in these modern days. So as the revenue from this industry is also higher and is on a constant rise. According to the statistics, there are more than 8 million apps on the app stores, both Google Play stores, and App stores and the revenue from these apps in this year is expected to be around $76 billion as indicated by Business of Apps. An interesting point here is that only 2% of app developers are accounting for about 50% of all app revenues.

Perhaps, there is a lot of potential for earning high income on these mobile apps, yet there is a definite need for choosing the right strategy for ensuring success rate, thereby monetization. Dive into the following article for knowing the various strategies that will account for Mobile App Profitability.

Also read: “How do apps make money with a free mobile application?”

Before we know in detail about the app monetization, let us look out at some fundamental things

What is an app monetization?

Before that, you may get a doubt that What does monetize mean?

In general, Monetize meaning is defined as

In simple terms, app monetization is the process of transfiguring your app users into revenue.

This process includes multiple strategies. Every monetization model is not suitable for every mobile; you need to check which of the following is a way for an advertiser to monetize their app?

Some mobile apps will focus on one particular zone of monetization, and others follow multiple aspects. It will be very tough to stay afloat; unless you have secured funding.

Before you start your app monetization, it’s good to know the kinds of app monetization models. These models will help your mind for picking the method to make the most out of the app. 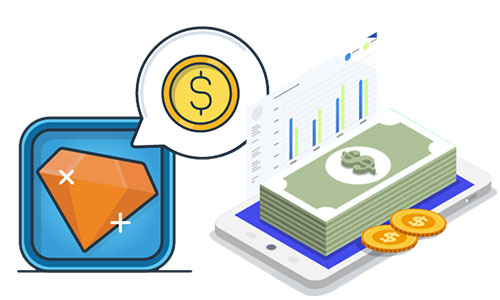 Before you start your app monetization, it’s good to know the kinds of app monetization models. These models will help your mind for picking the method to make the most out of the app.

The CPC model regulated by a mobile user taking action on an add. The good thing about this model is it attracts a diverse puddle of advertisers who targets to deliver better ROI.

With the positive thing, some times the chances of failures also high due to the model will be unsuccessful if it cants generate a high click-through ratio. Another challenge is it’s tough to predict revenue.

It is the most preferred monetization model because it will generate revenue irrespective of the actions taken by the user in a mobile app.

In this model, the revenue generates when a user takes a specific action such as clicking on the ad, downloads, use it, in-app purchases, and many more.

It provides handsome returns on such ads, but there is a chance of fraud that is hard to detect by the publisher.

– Benefits offered by the app

– Problems which can be solved using the app

– Unique features of the app

– Is the app pay worthy

– Various strategies used by the competitors

Though there are so many ways of app monetization models available for various types of businesses, following are few important ones

Making the app freely available is one of the essential things for attracting users. In such a case, revenue for the app comes from the ads in apps. It is the most popular monetization strategy used by various smartphone apps, and it based on the user’s information using the app. This data of the user is sold out to app publishers who will then place the specific ads in the app. Monetization is made possible through the sale of data-driven advertising space.

“How to create an app for free and make money.”

Monetization achieved via the selling of physical goods or virtual goods within the app. These in-app purchases of virtual goods fall a broad category. In this kind of strategy, the app serves as a sales channel.

The original business models that are first released in the mobile market are paid apps. The working of these involves publishing the apps on the stores for which users need to pay the price for installing it, Out of which 70% goes to the business remaining 30% is for app stores.

Also read: How to make money off an app?

The latest feature (Mobile app advertisements) in the mobile world is that it will ask for partnership with advertisers for the rewarding user in return for the completion of specific in-app actions. For being a partner in this system, brands and agencies need to pay, and the users regain a part of the revenue share from the rewards. The advantage of including the advertisements in the app is that it will enhance user engagement with the app.

Apps also serve to collect some essential data about the users like their habits, preferences, and such. Such kind of data may serve as useful for some other companies. Apps will sell this kind of data for some businesses like insurance and such to make money on a mobile app.

Most of the business new apps prefer the strategy of making the app freely available initially, and later, it will be upgraded to a better version.

For instance, Many SaaS (Software as a Service) based products follow the freemium business model. In particular, Cloud-based file hosting service Dropbox give 2GB of free storage for its new users; also, premium options allow the users to buy the additional space.

It is one of the best strategies adopted by various service-focused apps for monetizes.

Above mentioned are some of the best monetization strategies which may suit best for earning revenue from the apps. So, usage of any one of the strategy is perhaps mandatory for making the app successful and profitable. Also, the platform which supports the apps matters a lot, and as per statistics, Android is proven to be more suitable for successful revenue-earning if the app is free initially, iOS, whereas it is best for paid apps.

0
0
Taking business to the next level can be achieved with the help of mobile applications....

June 5, 2020
Posted by : fugenx
0
0
There are so many questions associated with Laravel, like is it potent enough for handling...