How to Make Your App Go Viral: 9 Proven Ways

Competition in app world is at its ultimate point which was never before. No doubt standing out from this competition is really tougher than creating an mobile app, but not costlier. A result-oriented strong mobile app marketing strategy can help you stand out in the app marketplace and achieve desired mobile app success. Here are the ways of strategy to make your app go viral:

An app with a single unique value focused on customers perform much better than generic apps with no clear target. If your app’s main purpose is to create value for customers, you no need to read this point further. In case your app comes under e-commerce category where selling product (or service) is the main objective, try to add at least one user-engaging feature such as Gamification. To know what is Gamification, read Gamification in Mobile App. Initial engagement is very crucial in B2C businesses, so if you do it effectively, turning users into loyal users will be facile for you.

Marketing in advance is today’s trend. If you want achieve bumper opening downloads, you should start marketing even when your app is in budding stage. When MVP (Minimum Viable Product) is ready, share it across your existing customers (if there) and targeted customers via email or social media marketing. (MVP is the early version of an app or product that is built only with the essential features to find the early users and investors. Upon the feedback, the app can be made better). 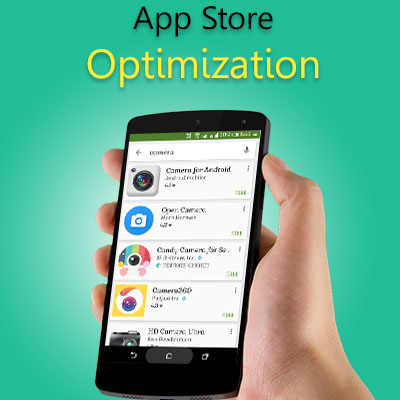 Also Read: How Much Does it Cost to Develop a Mobile App?

To make your app visible for app store search results, you need a help of a specialized app store optimizer. If you want to do it your own, you can check with this guide – How to do App Store Optimization (ASO).

There is no better viral platform in the world than Social Media, especially Facebook. Facebook is a top avenue for app advertisements. And its ads have grown by 500%, by helping millions of app businesses to achieve great downloads. There are more chances for your app to be seen by prospective downloaders when it is marketed on social media, which can even help in creating impression.

Press release is like hitting down two birds with one stone. It can bring in both reputation and app downloads together when it is done effectively. The content you create for press release that should explicit your app’s uniqueness, value it can create for users, market value and objective behind it. You can do it on both online and offline. If you want to know how to create a press release, check with press release for app. App review sites such as 148Apps.com, AppAdvice and AppStorm is another fruitful way to get traffic to your app. You can even benefit from guest blogging.

Keep the signing up easier:

A report by PricewaterhouseCoopers in 2015 shows that around 35% of potential customers are lost due to complex or lengthy signup process. So keep the signing-up simple and quick by using social media credentials or email ids instead of forcing your users fill-up a long form. It is not a direct way to make your app viral, but it indirectly benefits in acquiring more users and encourage them to share the app.

Probably you know how sharing is powerful in this digital world. Provide the option to share on several social platforms, which definitely gives more visibility to the app. Another less known thing here is branding. Sharing on social networks doesn’t just bring downloads, rather gradually creates a long lasting impression on users, which further helps in turning your app into a brand app. Meanwhile, have an idea to post to multiple social networks at one time.

There is no better way than personal reference to make an app viral. It is same like mouth publicity for movies. Encourage users to invite friends to download the app and the same time, reward them with discounts, free themes, a free upgrade, gift card, or voucher. It will be 100% effective if you reward users at the both ends. Surprising people with secret rewards can bring in bumper downloads. The strategy of allowing users to invite friends should be at the times when they complete the purchase successfully or in case of game, it should be when the game level is completed superbly by the users. So whenever users do the things successfully, immediately ask them to invite friends.

Also Read: How Much Does it Cost to Develop an On-demand Insurance Agent App?

Know your customers: Now you’ve got a package of ideas to make your app viral, but it can be effective only when you well-direct it towards targeted customers. So know your audience first, including their geographical location, devices they are using, age group, and interests, to better target, to better engage and to better make your app a viral product.

Want to develop a mobile app that can go viral?

Let us make it possible. Reach us at info@fugenx.com or fill up the formfor world-class mobile app developmentand marketing services.