Smartphones have the in-built capability to take voice notes, but it is not always possible to record crystal clear voices in situations with high noise in the surroundings. The chances of getting interrupted by calls, SMSs, or other notifications are possibly high.

Its simple and easy-to-understand user interface and high audio quality, one-step process for transcribing voice to text, cloud services, and download and records sharing features are all increasing the popularity of this voice recording application in India.

FuGenX, the best mobile app development company (Bangalore, India), has a team of dedicated and professional voice recording app developers who can create flawless Android apps for your business.

Driven by its unique and user-friendly features, the app is crowned as the best voice recording app on the Google Play Store. From recording professional meetings and lectures to interviews and music, the ASR Android voice recorder is the best android app.

It can record audio in various formats such as MP3, AMR, WAV, FLAC, OGG, FLAC, and M4A. The app’s flexibility offers users to add notes while listening or recording the voice.

Would you like to create an ASR voice recorder clone app?

Automatic Call Recorder is another famous audio recording app available for Android in India. It is a great mobile app for Android users. Auto-recording and auto-delete (old recording) are the two most convenient and user-friendly features of this app.

Such features and functionalities help users automatically record all incoming and outgoing calls. The auto-delete feature lets users save memory in their phones by erasing unnecessary and old recordings periodically.

Further, integration of Google Drive™ and Dropbox features ensures that users easily synchronize the recording with the cloud. This is an added benefit to users for saving a few important recordings and accessing the data from anywhere, on-device, and at any time. All these features made this application the best voice recording app for Android in India.

Are you looking to create a clone app, exactly like the Automatic Call/Voice recorder app?

Talk to our best Android App Developers Bangalore, India, and know how much it will cost to develop a voice recording clone app development for android.

Samsung Voice Recorder is one of the most-used and most downloaded Android mobile voice recorder apps in India. You can call it one of the best free voice recording apps for android since the app can be downloaded for free from the Google Play Store.

Being one of the best audio recording apps for android, Samsung has added a bunch of user-centric features. It is featured with awesome playback, pause, and editing features. Microphone integration and a simple interface make it a more user-friendly voice recording app. The app’s speech recognition capabilities allow users to convert voice to easy-to-read text with simple clicks.

We integrate the capabilities of the latest digital technologies such as Artificial Intelligence (AI), Machine Learning, and Natural Language Processing into mobile apps and make them future-specific.

Further, the app also featured different boosts and filters that help users in recording voices with superior qualities. Its audio-editor tools assist your audience in crafting recordings without any hassle.

Moreover, being one of the best audio recording apps for android, it uses noise reduction techniques to eliminate external sounds and let users record high-quality audio.

Like other android voice recorders, it also allows users to share voice or music recordings from Soundcloud, Instagram, Facebook, and Twitter-like popular social media platforms. All these user-friendly features made Dolby On the best free voice recorder app for Android.

RMC is the best call recorder app for Android which allows users to record incoming and outgoing calls with crystal clear sound quality. The app has acquired 10 million downloads on the Google Play Store yet.

Recommend to Read: How Much Does WhatsApp like App Cost?

Cube is the best free voice recording apps for android. As of October 2021, Cube call recorder has reported over 10 million downloads from Google Play Store. Besides normal phone calls, the app is best for recording various voice calls such as Skype calls, WhatsApp calls, or calls made through Facebook messenger. It is one of the best advantages of this trending Android call recording app.

The app also ensures high security for all recordings. Until and unless the user enters the security pin, he cannot access and listen to the recorded data.

The development of the Cube Call Recorder-like app in 2022 would assist businesses in generating profitable results in this competitive digital sphere.

Get in Touch To know popular voice recording apps for android development costs.

Meetings, interviews, and lectures everything can be downloaded by tapping gently on the mobile screen. The flexibility of high-quality audio recording in various formats is providing convenient functionalities and improves user experiences.

One of the unique and advanced features of this smart voice recorder is that the users can record voices from smartwatches. Its compatibility with wearable OS lets users record from their smartwatches. The flexibility to toggle between light and dark themes is an added benefit of this trending Android voice recorder.

If you are looking ahead to an Android App Development Companies to build a collaborative and interactive voice recording app, this article will help you out. 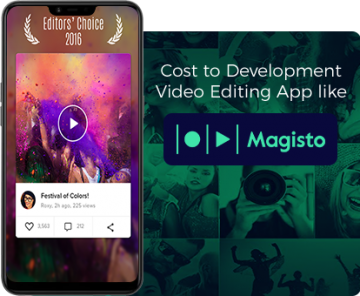 Android is the best smartphone operating system to target a broad audience base. Android apps development ensures lucrative ways for organizations or startups in this digital age.

Hire the best Android application development company and get your app developed soon with no bugs.

10 Best Finance Mobile Apps for Android and iOS In India